This article appeared in the monthly magazine, Identity, July 2013 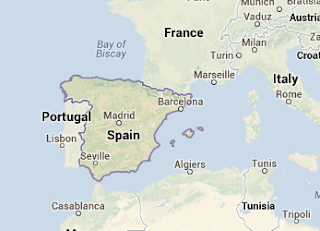 In his speech, made at the Banquet hosted in his honour - on Friday, July 15, 1988 in Madrid - by his Spanish counterpart Felipe Gonzales, Prime Minister, Shri Rajiv Gandhi began by saying:

“My wife and I are delighted to be in Spain. It is the fulfillment of a long cherished desire.
We are honoured that when he set sail in the Santa Maria, Christopher Columbus was looking for us. Unfortunately, he was stopped by a large continent that just happened to lie in the way. OTHERWISE, I MIGHT HAVE BEEN ABLE TO SPEAK TO YOU IN SPANISH…” 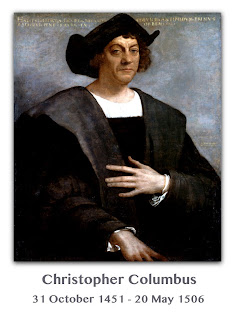 There was indeed a spontaneous applause and loud laughter among all the guests enjoying the long awaited India-Spain Summit Party in the beautiful garden in the Moncloa Palace -  perhaps, imagining and wondering over the mightiest ‘If’ of History - or should one say, of Geography!

I was, however, struck to think differently - introspecting, “why an overwhelmingly elected head of the government of the Republic of India has ‘impulsively’ said so; why it had to be either English or Spanish - or even Portuguese or French for that matter! Was it the inevitable destiny of India to be colonized by one of the emerging European country and the Indian mind to get entrapped forever under the spell of an alien tongue?

It is interesting to recall the background-and environment - of the visit. Ambassador Krishana D. Sharma, our man in Spain since July 1985 - on his ‘swan song’ posting in a long career, coming there after his assignment in PAKISTAN - had been making every conceivable move in the text book of the profession for an early ‘maiden’ visit by the PM to the rapidly resurging - the post Franco - democratic Spain led by the youthful socialist Felipe Gonzales. A date for the visit had indeed been officially conveyed in 1987 by the Indian side to the eager Spanish hosts and it had even been mutually agreed. However, it had to be embarrassingly regretted a few days later because everyone in the PM’s office simply failed to check the calendar - the PM of India could not afford to be out of the country on the day of Deepawali! The lame diplomatic explanation given to the Spanish side was that the PM would be personally preoccupied in the massive relief effort in the face of an unprecedented drought in the country! More interestingly, by intriguingly strange coincidences, a couple of Ministers / senior officials had lost their positions soon after their visits to Spain - Minsters Abdul Gafoor, ND Tiwari, Jagdish Tytler and the powerful Vice Chairman of the DDA Prem Kumar are the few names that I can recollect. There was, therefore, even a murmur among us embassy officials whether we should persist in risking at all a visit by PM! 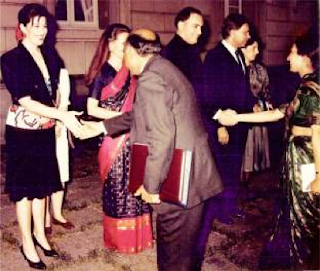 
The PM’s Banquet speech - about 1,150 compact words - next referred to an enduring literary relationship between Rabindranath Tagore and the Spanish Nobel laureate Juan Ramon Jimenez. It was a pity that the name of the Spanish poet was not pronounced according to the Spanish ’J’ - though it was expressly conveyed in the draft of the speech by the embassy. Rajiv had, perhaps, no time and inclination to learn languages from his linguistically so gifted mother. He was, perhaps, closer to his father in his early  - children suffer silently when relations between parents get strained.

The speech had two interesting paragraphs - a good example of diplomatic euphemism and understatement - to the Spanish Civil War and Jawaharlal Nehru’s visit - exactly fifty years ago - to Barcelona to express solidarity with the Republicans who had been overpowered by the Hitler backed fascist forces plunging Spain into dark dictatorship for more than four decades.

The rest of the speech touched upon the predictable points about the ‘the substantial progress by India in the four decades’; ‘our agricultural production has trebled’ and ‘growing scope for India and Spain to expand their economic relation’, etc. The Nuclear Disarmament was explained at quite some length in the context of ‘India’s time bound Action Plan at the Third Special Session of the General Assembly on Disarmament.’ It was underlined that the ‘abhorrent practice of apartheid can be destroyed through the imposition of comprehensive mandatory sanctions under the UN Charter.’ The relations with neighbors found mention in ‘a peaceful border with China’; ‘a clandestine nuclear programme being pursued in neighbourhood’ and ‘terrorism being actively assisted from across our borders.’

While the Draft of the speech for the Banquet was in the process of the finalization in the Ministry of External Affairs, the Embassy received persistent queries about the ‘shared’ connection of Islam between Spain and India. It was politely indicated that the silence would indeed be ‘golden’ on the topic - though the ‘Moorish Islamic Rule’ over Spain from Cordoba and Granada spanning more than five centuries was indeed the ‘golden’ period in the history of humanity - and Jawaharlal has indeed been eloquent about it.

The year 711 AD - we may call it the 7-Eleven - could be considered unique for the two countries - Jabel al Tariq, the Arab-Moorish general, crossed Gibraltar (origin: Jabel al Tariq - the mountain Tariq) to begin the successful invasion of the Iberian Peninsula while Muhammad bin Qasim al Taqafi (695-715 AD) had also conquered the Sindh and Punjab regions in the same year. The history of Spain has remained mostly unread by the Indians or read only through the ‘jaundiced eyes’ of the British.’ The two countries had been long rivals for the brand of Christianity and strong competitors in the building of their vast empires. The re-conquest of Spain by the Catholic Monarchs, the inquisition and large scale expulsion of Jews and Muslims from Spain evoke complex and varying feelings among the Indians - depending on individual outlook on the role of religion in the contemporary epoch.

The deeply analytical and detailed political commentary on the visit was published in the interview carried in the Sunday edition, 10th July, of the leading Spanish Daily El Pais (The Country - then circulation:800,000 copies). The interview had quite telling and frank opening remarks stating, “Although diplomatic relations were established in 1958, our country had till now got left on the side in its openings to the great Non-aligned democracy… After four years of mandate which came to him unsought… (when) his mother was assassinated by the Sikh terrorists… The Indian PM is not only returning the visit of their majesties to India in 1982, but wishes to make good a deficiency… the visit is taking place in a context in which many of the hopes raised by the election of a young man to the helm of the government, a great believer and promoter of technological development and full of promise of fight against corruption and underdevelopment, are being vehemently denounced by a vociferous opposition. The recent losses in various by-elections… the rise of attractive figure of VP Singh-the inability to contain Sikh terrorism, the hornet’s nest of Sri Lanka… the increasing threat of Pakistan nuclearisation and the charges of corruption against elements close to the seat of power and to the Gandhi family itself, paint a picture almost of decline for someone who in December 1984 assumed control, with a smile which was innocent and confident...” How prescient and boldly objective observations!

There is no doubt that Rajiv’s visit had been a path breaking event and proved an important voyage of ‘discovery’ for the two countries. Shri Mani Shankar Aiyar, eminent MP and former esteemed colleague from the IFS who functioned as ‘shadow of Rajiv for six years’, has been gracious to confirm to me a few days back that it was he who had crafted the Banquet speech. I have accepted ’in the fullest measure’ his advice to me to calm down and appreciate the ‘Columbus joke’ in its appropriate light hearted spirit. Another distinguished colleague who had served in Spain in the sixties on his first posting shared a fundamentally different take on ‘if Columbus’ saying, “Then India would have emerged as the largest Christian nation in the world and there would have been no Partition of the country!” The ‘ifs’ game reminds me of the story attributed to the Armenian Radio ‘political’ commentary, “If Khrushchev had been assassinated instead of Kennedy… well, Onassis would NOT have married Mrs. Khrushchev!!!”

As for my own posting to Spain, from April 1986 to July 1989, it was indeed a life changing experience for me and my family. Spain has been a unique super power for centuries with her everlasting contribution to human civilization, particularly in arts and literature. During my sojourn in Spain, I was indeed privileged to be a party to the tons true tales about the ‘discovery’ of Spain by so many VIP’s and other Indians who would often say, “We had seen all the other countries of Europe… thought that we should visit Spain also… and see the Bull Fight!” I may conclude for now by recalling the visit to Spain of a childhood friend who had become a prosperous doctor in the UK. After travels in Southern Spain, he said to me, “Baal, I could not resist the temptation to make a deal for a farm land which had so many almond laden trees… India must learn more from Spain about cultivation of sun flower and saffron i.e. Kesar…”