Kingdom of a single religion and many mysteries

FOR the Kingdom of Saudi Arabia blessed by Almighty Allah with 25% of planet's known reserves of oil, not to be in the news is the best news! But when a country is so fabulously rich and so sparsely populated is also the land of the Two Holiest Mosques of Islam hosting the largest annual congregation of the Muslim pilgrims from all over the world, friendly and envious international attention is impossible to be avoided. And to add, when the most luxurious dreams had been ordered and realized in the largest desert by the recognised 39 sons of King Abdul Aziz Ibn Saud, one can expect even the most realistic accounts to be the stuff of which dreams are made of. Even the sworn critics of Saudi rulers will, however, have to admit that children of Al Saud have proved themselves to be the most competent managers and custodians of their enormous wealth and that too in the most volatile region continuously rocked by seismic scale violent conflicts in the recent human history. 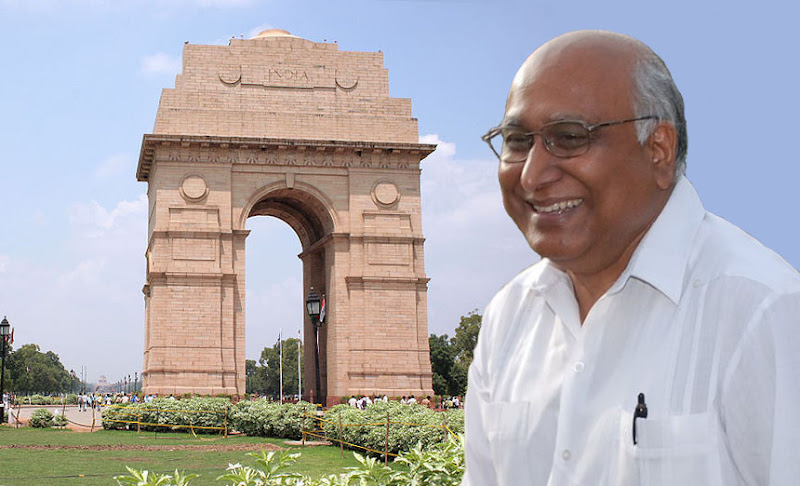 The Kingdom and its character were most unexpectedly interrogated on the last 21st November at the forum of International Conference of Jurists on International Terrorism and Rule of Law graced by the President, Chief Justice and the Law Minister of India. The interrogator was the eminently controversial and irrepressible lawyer & former Law Minister, Ram Jethmalani. The self confessed maverick, 86 year old veteran of many politico-legal battles, in his typical Jethmlanian blunt speak, Ram identified the source and financial strength of 'Islamic-Jehadi Terrorism' to the ideology of Wahhabism, patronised by the rulers of Saudi Arabia. The former Law Minister went on to say, 'India has friendly relations with a country that supports Wahhabi terrorism.' He castigated the jehadi doctrine which allegedly propagates the belief that martyrs would "get a place in the heaven and the company of the opposite sex there." Poking fun at this idea of God, he wondered at, "Almighty's job in heaven". This was enough to incense the Saudi Ambassador Faisal-al-Trad to go up to the dais to protest and stage a walk out - a spectacle rarely seen in meticulously organised such functions in India.

With the controversy ignited, Law Minister M Veerappa and the event organiser lawyer Adesh Aggarwala were quick to mollify the the Saudi envoy to come back and defusing the situation by stating firmly that the views expressed by Jethmalani were strictly his personal. Jethmalani himself attempted a damage control saying that all religions had their share of terrorist elements. Justice Awn S Al-Khasawneh of the International court of Justice cautioned the former Law Minister, 'against making sweeping comments...' President Pratibha Devi Singh Patil stuck to her prepared text referring to the "need to work towards universal ratification and full implementation of international conventions and protocols related to terrorism ... financing of terrorists ... money laundering ... regulation of charities ... circulation of fake currencies ... nexus between narcotics, drug trafficking, illegal gun running and terrorism". Delivering the Valedictory address, Vice President M. Hamid Ansari pondered over the the teasing aspects of the topic and elaborated, "that societies and polities differ on the purpose of Rule of Law and how the elite are able to subvert the Rule of Law with money ..." Some lessons for the aged Lawyer in diplomacy and decency of expression by some one a generation junior to him!

The venerable Jethmalani has, however, taken me to my own innings of posting of one thousand plus nights - September'89 to August '92 - in the Kingdom. Saudi Arabia would indeed initially arouse strong nauseating feelings among any non-Muslim and even liberal Muslims for its obsessive preoccupation with its own Brand of Islam. The put off reactions could, however, start cooling down in terms of comforts of different kind once one stops asking for what is not there for asking!

The people of Saudi Arabia - not long ago the roaming brave children of mountains of sands and hot winds sweeping during the day - have been witness to a transformation of their life at break-neck speed with centuries compressed into decades! All the miracles - from camel ride to Cadillac and from tent to the most audacious dreams in architecture - have become a reality in a single generation.

King Abdullah bin Abdulaziz Al Saud(90) had been Crown Prince to half brother King Fahd for closer to a quarter century; the current Crown Prince Sultan(85) has been Defence Minister for 47 years; Prince Saud Bin Faisal should be the longest serving Foreign Minister since 1975 ... the Kingdom (2.2 ml sq km) was after all founded in only 1932 and it is still ruled at the top positions by only the second generation of the Founder! More than 40% of the population (24 million) is under 15 years; the GDP per capita is $20,500; of the 6.4 million foreign work force, India contributes the largest, about 30%; Saudis have been reliable suppliers of about 23% of India's oil imports; the number of Indian Haj pilgrims last month was more than 160,000.

As for the Wahhabi sect of Islam, named after Muhammad ibn 'Abd al-Wahhab (1703-1790) practised in Saudi Arabia, it need be understood in the typical overall local circumstances in Najd region of the desert Kingdom. The single dimensional interpretations, "to purify Islam by returning Muslims to what he (Wahhab) believed were the original principles of Islam" have been increasingly found incompatible with the running of a modern state by the Saudis themselves. The strict segregation of sexes & role of women in society (70% in universities but 5% in work force); the challenges posed by modern education; the questions of whole range of universal human rights; the enforcement of Shariat code (amputation of body parts for crimes of theft/public beheading - 102 in 2008 including 40 foreigners) but a section of extremists turning against the regime itself; the continuous fall out of 9/11 and imbroglio of Afghanistan - the richness does not offer ready made solutions to all such problems of Saudis!

The closer links of Saudi Arabia with Pakistani rulers, particularly since the flow of huge oil wealth and the Afghan crisis; needling of India in the forum of Organisation of Islamic Countries(OIC) and flow of substantial Saudi funds to select Islamic organisations have been under scrutiny in the Indian Media. The signing of Delhi Declaration by King Abdullah and PM Manmohan Singh on January 27, 2006 has been hailed as a historic landmark. The two countries have significant stakes in ensuring peaceful environment in Asia during an epoch widely predicted to be the 'century of Asia'.

As for my own 'thousand plus tales' of sojourn in Saudi Arabia, suffice to narrate only one here. It is never easy for diplomats in Riyadh to have Saudi officials at their parties. The religious police - Muttawa'an - could be lurking around anywhere 'sniffing scent of the forbidden liquid'. I was luckier in having a friend of great wit and wisdom in Hussein Marzouki, deputy Chief of Protocol, who was reputed to be the ever-smiling and ever-helpful face of an otherwise stern and cold Foreign Office.

It was late past mid-night of a lively dinner evening at my home when Ilhan Atink, popular Turkish counsellor who had served in Tehran before coming to Riyadh persisted in asking Marzouki, "When will we see Saudi women driving on the roads of Riyadh?" The ladies of American forces had indeed been a great sight in drivers seats during the recent days of war over Saddam's occupation of Kuwait. Marzouki got up with a full throated laughter, pointing at his Rolex watch. Ilhan was still pressing for his reply. Marzouki, again waved out his watch saying, "Anand, our Indian host, has got my answer," and asked me to speak. I, just intuitively said, "Ilhan, Mr Marzouki says that it is a matter of time." There was a loud laughter among all the friends gathered that night and Marzouki left, patting me on the back.

The journeys of all the Faiths of humanity on the path of the ultimate universal truth(s) would seem to be destined to be excruciatingly too long: there is, however, going to be no escape from striking equilibrium between the two planes - the earthly and divine. "The different people would always want different things out of life," to quote celebrated thinker Isaiah Berlin," that this was part of human condition, and we had better get used to it." Saudi Arabia too would deserve to take its time to 'get used' - and strike its harmony with the other religious harmonies!
Posted by Bal Anand at 8:38 PM 1 comment: