What is my Religious Identity? 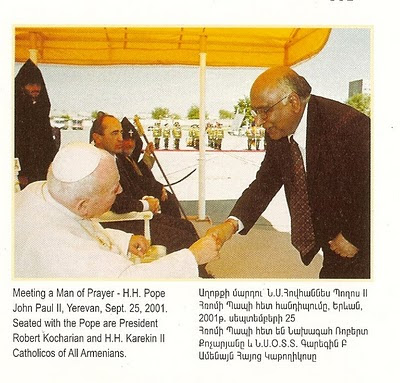 For a liberal mind - perhaps, better to say, ‘liberated mind’ or ‘secular mind’ - in independent India, the word ‘religion’ - Dharma, according to the Hindu scriptures and Deen/Mazhab in the context of Islamic theology - would seem to evoke, on the one hand, the whole lot of the paraphernalia of the most inhuman ‘caste system’ which historically polluted even the other egalitarian foreign faiths landing in India and, on the other hand, the never ending bloody antagonism between ‘the But Prassat’ - the Idol Worshippers Hindus and ‘the Buut Shikan’ - the Idol Breakers Musalmans.

For a ‘secular’ - the word still remains ill defined and hotly debated - Indian, the troubles for humanity must have started multiplying with the invention of ‘My God versus Your God’. The races and tribes in different lands must have sought to sanctify their earthly greed and gains by invoking the supernatural authorities. The strictly selfish motivations of later day rulers often made God to be a stake holder in their nefarious ventures undertaken with their bigger battalions and deadlier weapons. The evolution of self perpetuating priestly classes must have soon become a formidable partner in the social dispensations as well as in times of peace and war. The mercenary invasions and conquests, edified as crusades and jihads, were followed by colonialism and political subjugation by resorting to horrible and despicable deeds in the game of one human group preying upon another.

In the sacred land of Bharatvarsha boasting the flourishing of ancient civilizations of Harappa and Mohenjo-daro, the soul stirring Bhajans and Dohas - the hymns and couplets - of Bhagats - the wandering saint singers - and the Qabbalis and Qaafis Sufi Faqirs - the integrating poets - proved indeed lasting but limited in their influence against the power driven engines of the state. To mention a few like Fareed, Nanak, Kabir, Ravidas, Ghalib, Sahir - representing the long lineage of inspired bards singing praise of One and Omniscient Divinity - even rebuking Him for tolerating injustice in the world supposedly sustained by Him - have all indeed endeavored hard incessantly to transform the ‘evil in mankind’ into ‘nobility in humankind’.

In a mysterious and fascinating process of spiritual awakening, every individual is undergoes a unique religious upbringing in the family, an illuminating experience in a multicultural environment of India. While one could afford to feel relaxed about the inherited religion depending upon the family traditions, it is the caste identity which has continued to play havoc with the young impressionable minds in the land whose length and breadth is often quoted using a withered phrase, “Kashmir to Kanya Kumari and Arabian Sea to Bay of Bengal”. The social-tsunami of ‘Mandalisation’ triggering ‘Kamandalisation’ has tragic-comically reinforced the socio-religious identities of the nation with a constitution clearly codifying elimination of all distinctions based on creed, caste, color, gender…etc. There is hardly a single day in the life of the nation without reports of serious clashes ignited by sectarian or caste issues. The shrieking lines of poem Sahir Ludhianvi sung soulfully by Mohammad Rafi, heard in childhood, continue ringing in my ears - “Jinhen naaz hai Hind par, voh kahan hai” - “Where are those proclaiming pride in the heritage of India!”

The 12th of February this year: a young school teacher turned enumerator for National Census - 2011 revisited our residence to record the second category of information on the socio-economic profile of the family including the ‘philosophically challenging’ question of ‘religion’ and the most explosively and divisively debated column of ‘caste’.

The response to ‘religion’ made me travel into the totality of the experience of how ‘religiosity’ has been assuming various contours in my consciousness. The earliest is a misty image of pilgrimage as a toddler with mother and her family to Amritsar. I remember being told that I had behaved with a seriousness and discipline far beyond my age while taken around the sacred surroundings of Harmandir Sahib, refusing to urinate or relieve myself till the holy site was out of sight! My tall and well built maternal uncle had been carrying me on his broad shoulders. He lifted me up to sway and ring the big bell hanging from the ceiling of Gurdwara Baba Atal Rai - in the process; I got hit in the face with some blood flowing from nose!

The childhood experiences of the religious kind, perhaps, personify the essence of spirituality - to quote Nida Fazli, “Baccha bola dekh kar, Masjid aalishan / Ek akele Khuda ko, itna barha makan!” - “Looking at the majestic mosque, the child asked - why such a huge house for God who is solitary and single!” The ceremonies of Mundan - the first religious shaving of the head; the Sunnat - the circumcision of Semitic faiths; the Janeoo - sacred thread, unshorn hair of a Sikh, etc, leave lasting impressions of religious differentiation. My upbringing was a subtle mix of liberal Sikhism and broader Hinduism - the unshorn hair but a non-Sikh name as per established family tradition adopted for a few generations in our own sect of Deewana Sadhus - the free mendicants. By the time I completed my two classes of school from the neighboring village, my grandfather had made me learn by heart, with intense affection, Hanuman Chalisa along with many Dohas and poems relating to Ramayana while grandmother made me recite Japu Ji and Rahiras - morning and evening Sikh prayers.

The deaths in quicker succession of mother when I was less than three year old followed by deaths of two beloved great grandfathers, maternal grandfather would seem to have struck strange awe and void in me. I recall that there was also the tradition of the family Guru - a Sodhi, supposedly a direct descendant of Sikh Gurus. When I was in the fifth class, the family Sodhi Sikh Guru, Baba Bhola Singh, a dignified person with well tied white beard and well dressed in ‘churidar-bandgala’ - a tight white trouser with closed neck brown jacket - said to my father that I was now grown to be ceremonially baptized as his disciple. I marvel at my father’s quick but thoughtful reply, ”Look, Guru Ji, things in every sphere including religious practices are changing so fast in free India; we don’t know what this child is going to be … let us not burden him with anything which belonged to a past tradition of our time.”

The atmosphere of my High School in the grain market town of Ahmedgarh during 1951-58, with its Gandhian and nationalist ethos and thanks to scholarly-secular teachers opened up, the gates leading to respect for all religions but malice towards none. The two years of graduation in the DAV College, Jalandhar made me conscious that communalism could go around camouflaged in subtle hues. I felt that Punjab, the land of the mighty minds and brave warriors, was cursed many times over to suffer grievously due to the narrow minded interpretations of the most universal of faiths born of its spiritually fertile soil.

I was destined to around the globe for my livelihood. The greatest satisfaction - I may say salvation - in my means of livelihood indeed was derived most loving cross-cultural and multi-religious experiences. The duties of lying abroad in the various lands including those of glories of ancient Persia of Zoroaster (628-551BC); the magnificence of Cordoba/Granada in Moorish Spain; the sands of liquid gold of the sacred birthplace of Islam; Armenia of Noah’s Ark in the mythological Koh-e-Kaff, not to speak of once-our-own Taxila – have made me belong to all the faiths of humanity but slave to no one.

The enumerator of Census of India quoted the rule book to tell me, “You have the choice to record in the column, ‘No religion’ but not to say, ‘Secular’. The word, ‘secular’ is yet to mature to be entitled an entry in the National Census of India - 2011. As for the conundrum of caste, the less said the better about, “We the People of India”.

I, as one of the most law abiding senior citizen of Independent India, would like to know - for how many more generations the people of India are doomed to carry the cross of unbearable divisions - in the names of murderous religions and killing castes!

As for my own ‘religious identity’ I may quote from ‘Prayer’ by Faiz Ahmed Faiz:

Come, let us also raise our hands / We who do not remember the way to pray.
We, who except for burning flame of love / Remember not any idol, any God