This article appeared in the monthly magazine Identity, June 2013

The community of the democratic states of the world - including India, in the forefront - had already announced the award of the gold medal to Pakistan for establishing its maiden national record: an elected civilian government had been enabled to complete its mandatory term of five years! The traditional three A’s - Allah, America and Army had opted not to play the role of a ‘spoiler’; and it was the meek and humble, often forgotten, the fourth A - the Awaam - the People of Pakistan who gave their verdict in a loud and clear voice, braving all the odds to cast their votes. The ‘Lion’ of Punjab who had been in political wilderness for fourteen long years was installed as the King again: almost, every Pakistani has been proclaiming that the Lion has indeed been ‘tamed’ or transformed during the years of adversity; and that he was the best bet for his beleaguered country. Mian Nawaz Sharif, born on December 25, 1949, has been lucky for the unprecedented third time to lead his nation of 200 million people who are all desperately yearning for peace, progress and harmony. 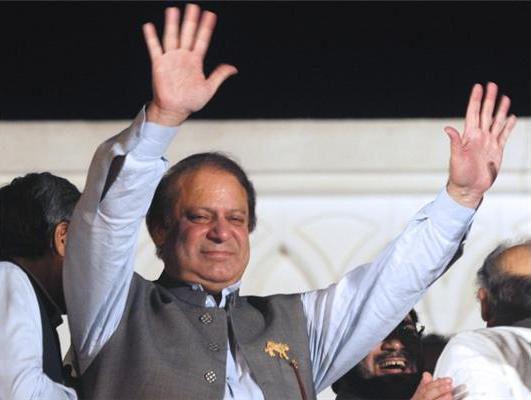 The seasoned Pakistan observers - in London, Washington and, of course, Delhi - have struck cautiously optimistic notes on the emphatic electoral victory of Nawaz Sharif. “Right now people think he is the best hope the country has,” a media doyenne was quoted saying. Sharif has been given credit for refusing to conspire to bring down the last government and was even accused of running a ‘friendly opposition’. The Sharif family had cast their lot with Zia-ul-Haq in the late 1970’s in the wake of the nationalization of their metal factories by the ZA Bhutto led PPP. There was never a looking back for the Sharifs and Nawaz rose to be the Finance Minister / Chief Minister of Punjab under the Zia regime. He became Prime Minister during 1990-93 and again in 1997-99 when he was ousted in a ‘popular’ coup by Gen. Pervez Musharraf. The friends quote him saying that ‘his entire outlook was changed by the misery of arrest and exile in Saudi Arabia and the UK... to his immense anguish, he was banned from returning to Pakistan to bury his beloved father.’ Sharif had finally returned in 2007 a ‘transformed man’, with even his enemies pointing to ‘his bald plate gaining hair transplants’. Dr AQ Khan, the (in)famous father of Pakistan’s Nuclear Bomb, wrote in his column on 20th May, “As far as the position of PM is concerned, Mian Sahib’s long cherished dream has been fulfilled. The signing of the Charter of Democracy, the alliance with the PPP, the ‘friendly opposition’ and the 18th Amendment all have contributed to achieving this goal...”

Firstly, we must understand the complex dynamics of the forces attendant upon General election 2013 to 14th Parliament of Pakistan which have resulted in an emphatic win for Nawaz’s Pakistan Muslim League (N). The ‘Sharif’ Party scooped 124-116 out of the 148 from the province of Punjab - of the 272 seats of the National Assembly (NA), some 20 above the most optimistic forecast. It is further pointed out that PML-N has managed in Punjab to win higher number of seats out of a comparatively lower percentage of vote - 78% seats with 49% votes compared with 5% seats against 18% votes for Imran’s Pakistan Tehreek-e-Insaaf (PTI) and 1.4 seats against 10% share of the votes polled. The proportion of votes and seats share becomes slightly better at the national level. The PTI success - 17% votes and 9.6 percent seats - has been the biggest story of Election 2013. The PML-Q, the second largest in terms of votes and 42 directly elected seats has been almost obliterated. The commentators have drawn attention to the threats by extremist groups to the liberal / secular parties mainly the PPP and Awami National Party (ANP).The success of the role of media in inspiring people to come out to vote has been positive factor - the 60% turn out, against 44% in 2008, has been the highest and equaled the record of fateful elections in 1970. The backdrop of elections in terms of ‘failing economy, cruel power cuts, all pervasive corruption, militancy within and the unpopular alliance with America over terrorism’ made the people walk to vote.

The analysts in India have not sufficiently commented on the results of the elections to the Provincial Assemblies. The PML-N has secured 211 out of 297 seats decimating all opposition - full credit to Nawaz’s brother Shahbaz for managing the volatile province for five years with a degree of efficiency and reasonable trust among the people - ‘the younger Sharif, with a reputation for of getting things done, delivered several projects in time and faces no corruption charges.’ The province of Sindh has solidly voted back the PPP/MQM combine with more than 100 seats in the house of 130. The PTI led by Imran has won 34 seats out of 99 in the troubled Khyber Pakhtun Khwa province and the PML-N with 13 seats has decided to give him a chance to cobble up the coalition with the help of 14 independents. As regards the resources rich and violence rocked Balochistan, the local nationalist Pakhtunkhwa Milli Awami Party has emerged the largest group in an Assembly of 51 and is expected to lead the coalition with PML-N. To quote a Pakistani student in the Tuft University, “Sharif’s Party has won without a national mandate, causing many in the smaller provinces to call his victory the tyranny of the majority.” The independent observers emphasise that despite disarray at homeland obstacles to regional integration, Nawaz Sharif has the opportunity to make Pakistan, “a safe, pluralistic and prosperous trading hub and shun the path of becoming Asia’s second North Korea.”

Nawaz Sharif, a billionaire steel magnate who has been hailed as ‘comeback king’, has certainly raised a sense of confidence among the business community of Pakistan. The Karachi Stock Exchange saluted him with the 100 index crossing 20,000 points for the first time in history within the first session of trading the day markets opened after his victory. Nawaz was quoted saying that privatization, free market economy and deregulation have been hall marks of his party in government. While he expressed confidence that he could work with the IMF to put economy back on track, Sharif’s two time Finance Minister and enduring adviser, Sartaj Aziz said, “We need stabilization with growth... all we need from the IMF is a little more time to pay back $5 billion.” The usual IMF recipe of cutting subsidies would also not be an easy task. The habit of tax evading among the rich Pakistanis has been historically proverbial. The budget making process must already be under way and would send strong signals across the financial markets of the intentions of the third Sharif regime.

“Finding a balance in relations with India is an urgent task ... setting the tone during the ‘long chat’ with PM Manmohan Singh, both invited the other to visit their respective countries. There is, perhaps, no better time for the two countries to move forward.” - Nawaz

The Old Ties Must Endure 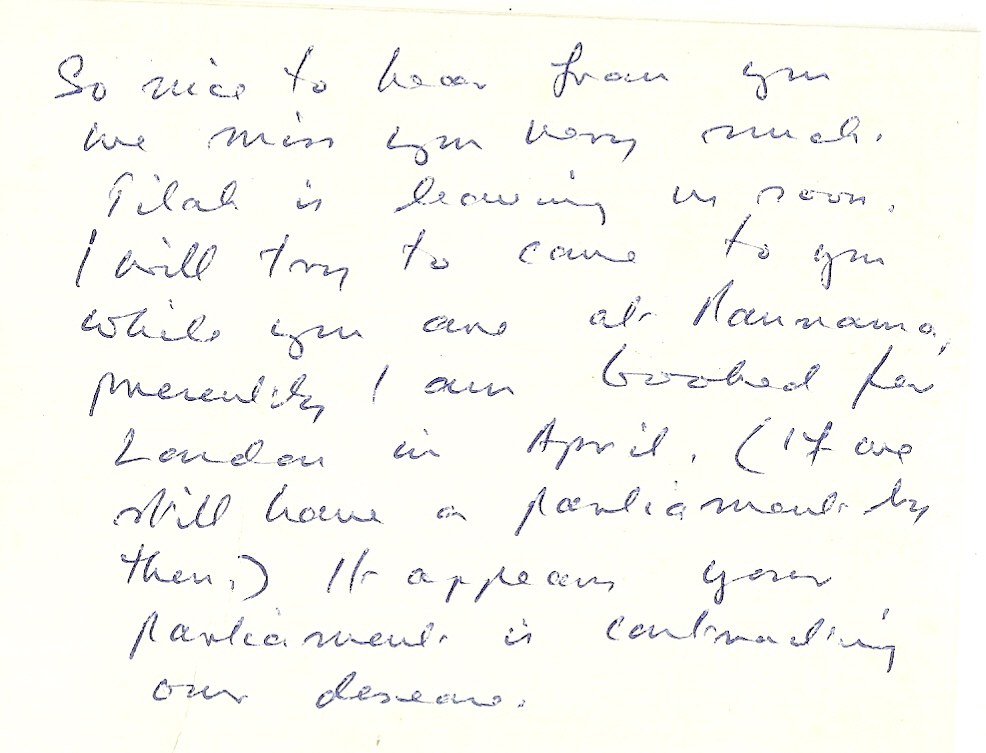 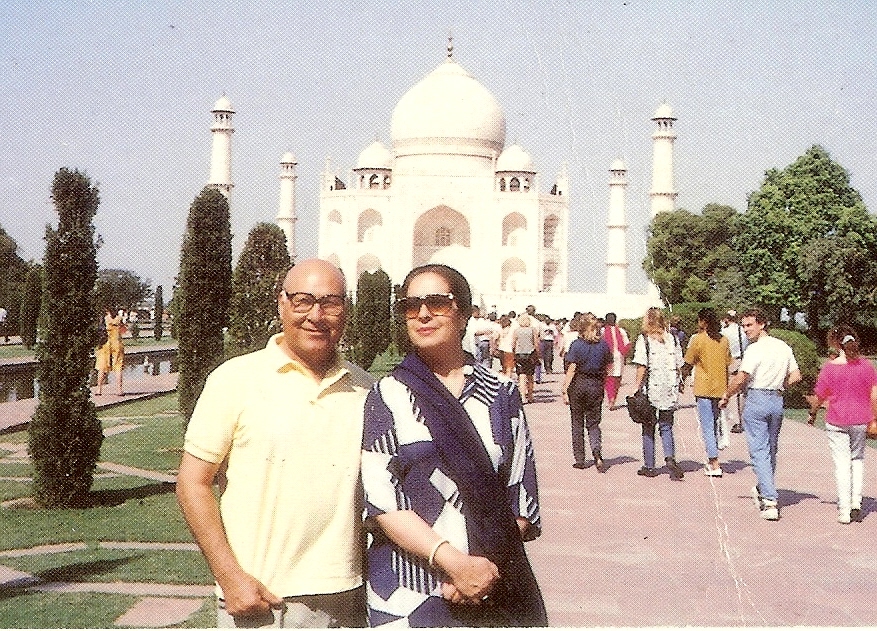 Up turns and down turns of diplomacy 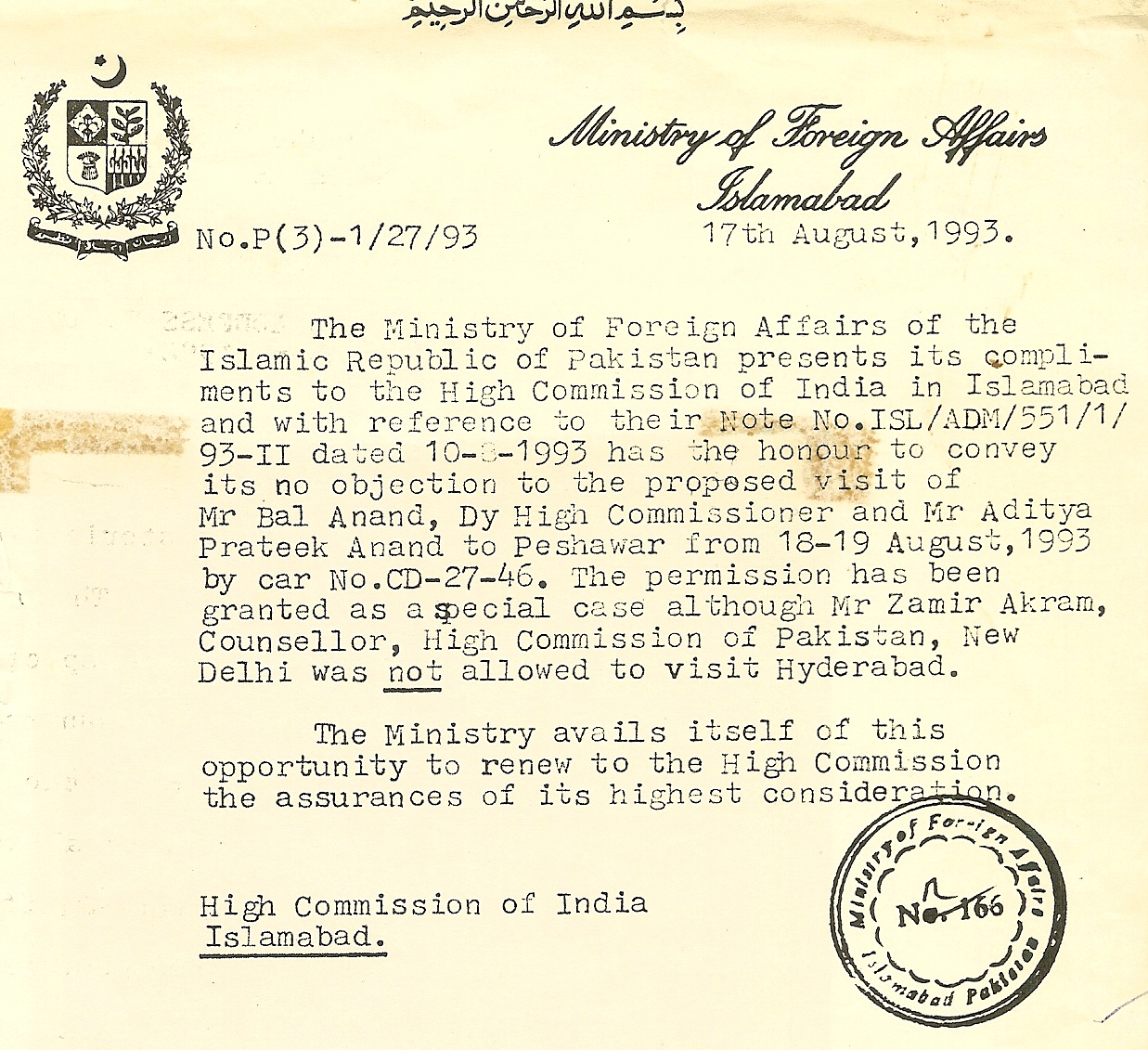