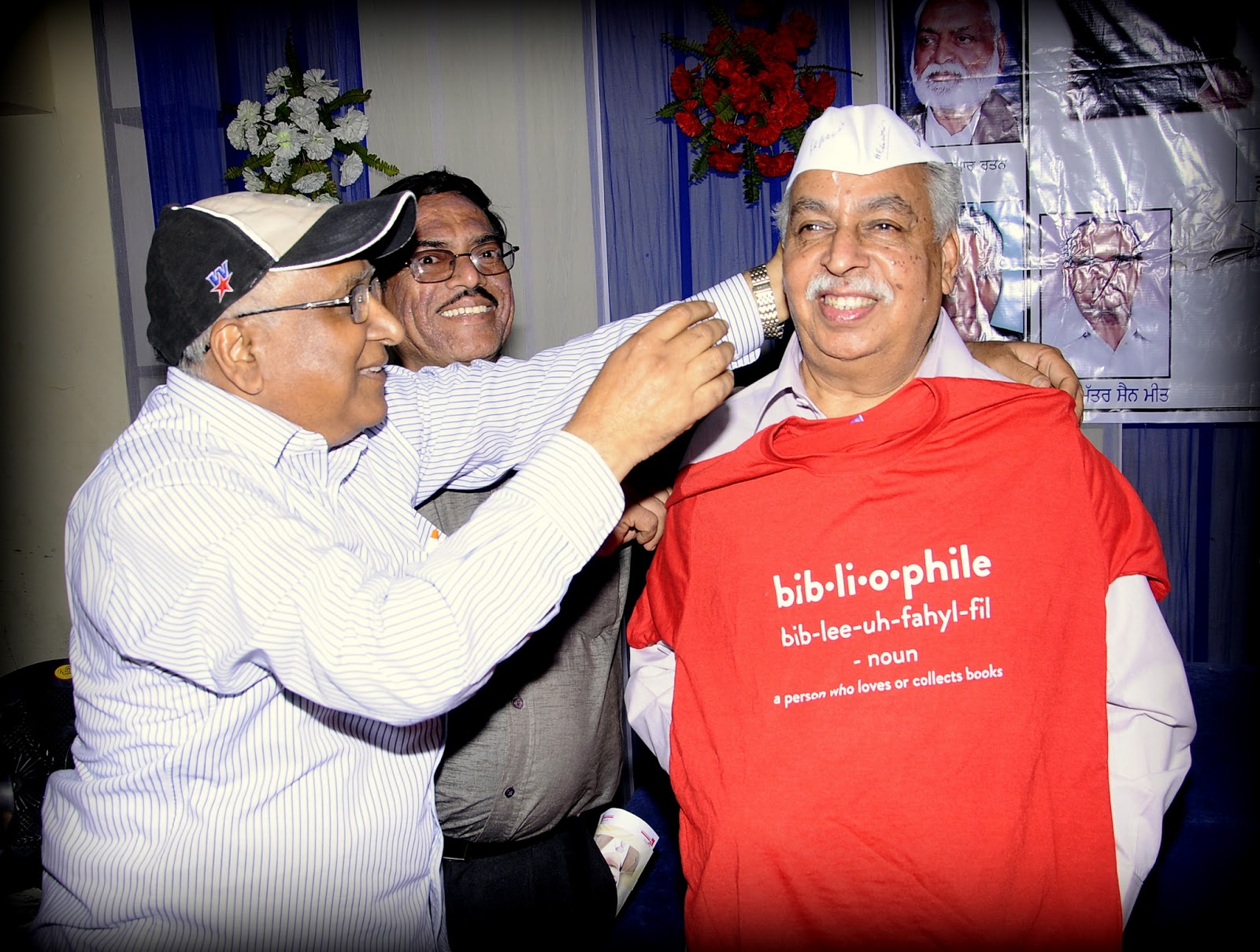 Dr S. Tarsem being honored by Ambassador Bal Anand with a special commemorative Cap bearing prints of autographs of national leaders and a Red Shirt with insiginia, 'lover of books'


A well attended literary event was organised on 24th March in Barnala by the various Writers' bodies and the Punjab Welfare Association for the Blind to felicitate and honor eminent Punjabi writer and scholar Dr S. Tarsem on his 70th birth day.

Identity, a popular cultural monthly published from Chandigarh, had carried my article of tribute in its issue of last December dwelling on the sterling and versatile contribution of Dr Tarsem as a popular poet, a respected scholar-critic and a forceful prose writer.

Dr Tarsem has been conferred many prestigious awards as an inspiring professor and for his high quality literary output in spite of being visually challenged. Dr Tarsem's large circle of friends from the literary community and admirers from all walks of life including high dignitaries thronged to the spacious Green Palace in the city of Barnala famous for the historic tradition of literary activities by energetic and progressive local Sahit Sabhas since the PEPSU times. The city is once again proud to be the District Headquarters. 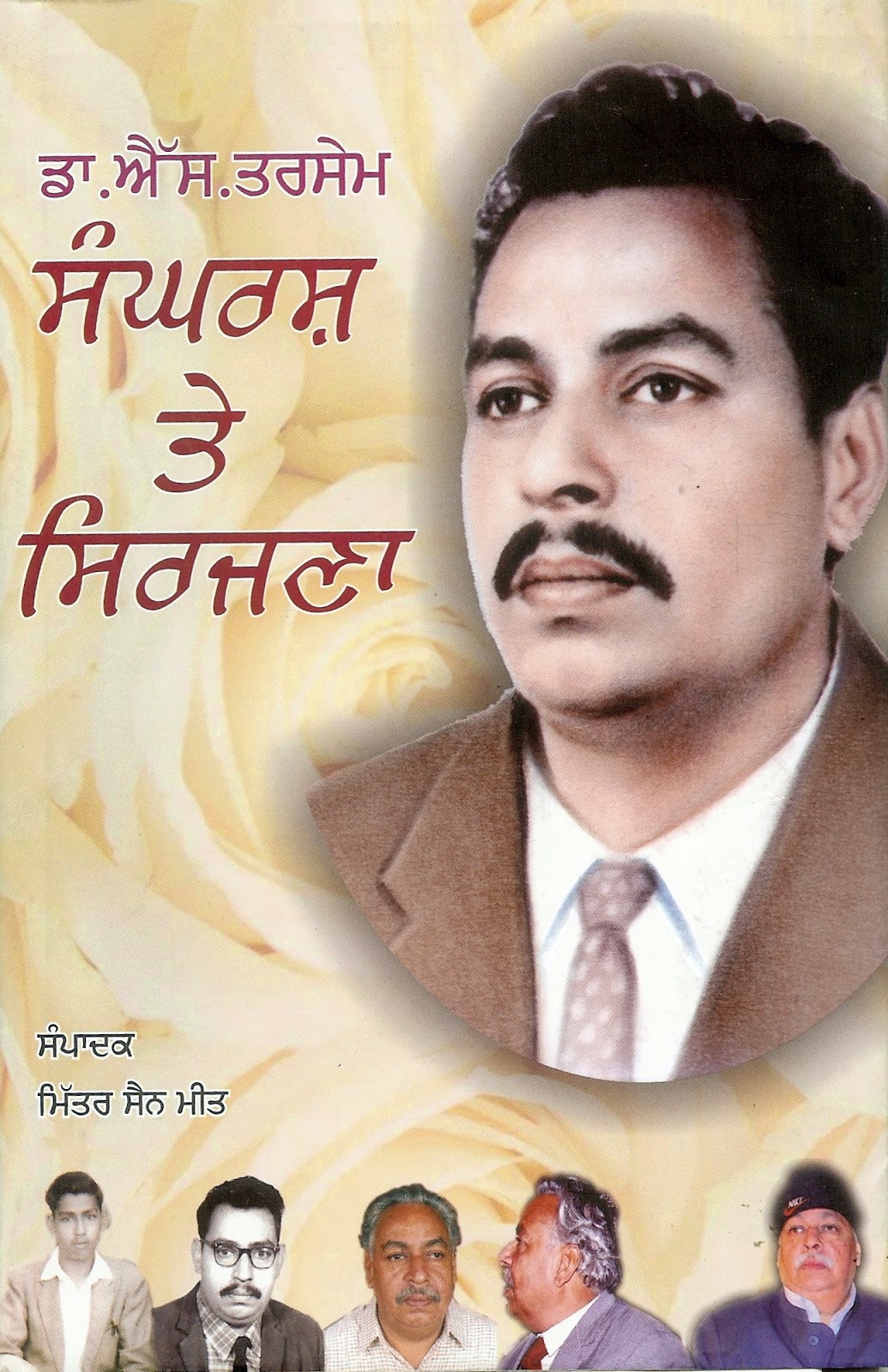 The highlight of the function was the release of the 450 page Abhinandan Granth - The book of honor - titled, "Dr S.Tarsem, Sangharash te Sirjana - the Struggle and Creativity”, edited by Mitter Sain Meet. The quality publication is indeed a collector’s item with 64 additional pages in color depicting the milestones of Tarsem's life and virtually the 'Who is Who' of Punjabi literature including all those who have contributed articles on his many faceted personality. Identity feels proud that its December issue article has been given the pride of place at number one in 104 learned articles.

The occasion was also utilised to release the Hindi edition of Tarsem's celebrated autobiography, 'Dhritrashtra' published by National Book Trust of India. Six other writers were also honored by various   Memorial Literary Trusts. The atmosphere at the function - a veritable Sahit Mela - was indeed so perfectly enjoyable for the writers, lovers of literature and cultural activists.

Friends and admirers of Tarsem Ji, salute him once again and wish him a good health and many more vigorous years of profound literary creativity, of love of humanity and 'living life like a light house'!