Tales of Time and the New Year 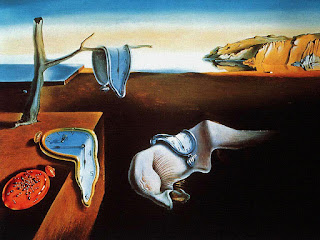 The Persistence of Memory - Salvador Dali, 1931
In a letter of deeply personal reflections addressed to all my intimate friends to mark the New Year, penned on December 21, 1995 from Panama - the country of the miracle of a canal joining the two mighty oceans - I had said, “It is difficult to exactly pinpoint when the concept of the ‘calendar time’ pierced into my consciousness... I think it began with my entry into the elementary school… the Gregorian Calendar, perhaps, started making some sense when I was in my third grade… I, however, distinctly remember that it was in the fourth grade-perhaps, in October 1952 - that I had experienced the delight of solving the sum of the exact age of Mahatma Gandhi - 78 years, 3 months and 28 days!”

The phenomenon of the calendar year and the related run of the events-personal, in India and in the world - have, therefore, been long since an occasion on my part for an intense introspection-a sort of stock-taking conversation with the soul! Around the end of every calendar year, the most pervasive - and extraordinary - feeling has often been, ‘how quickly-and so stealthily - the Time seems to pass…’ The latest example of this perception pertains to my persistent efforts for more than one and a half year to convince all those who should be interested and his innumerable admirers that the birth centenary of former Maharaja Yadvindra Singh of Patiala - born on January 7, 2013 - deserves to be celebrated for his immense services to Punjab and the nation. The tragically-bitter reality could be well understood: If the Congress Party led by Captain Amarinder Singh had come to power in the Punjab, there would have been hundreds of historians and bards around to tell tales of the tall Maharaja!

In this context, the words of an upright Governor, NV Gadgil - he had ceased to be the Governor of his own accord when he said so - at the convocation of the Punjab University in March 1963 - still ring fresh in my ears, “They (politicians) have made wisdom a by-product of power…” Time, of course, would always be on Atlanta’s heels - my own slipping this year into the venerable group of seniors in the range of the three score plus ten came as a mixed pleasant surprise to me too! 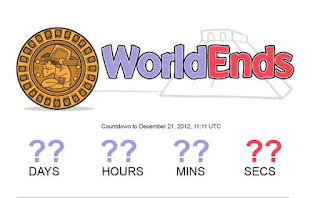 As the count down to the year 2013 C.E. started in earnest, the ‘calendar-cognoscenti’ and ‘Time-Watchers’ had got themselves hooked to the ‘end of the bak’tun, the 5,125-year old ancient calendar of the Maya’. The media and the internet dooms-day-dreamers scattered some fear - and much more fun - that the end of the world is nigh - before the North Pole reached its position furthest from the sun on Friday, 21st December! I was strikingly reminded of 4th of February, 1962 when we - as undergraduate students in the DAV, College, Jalandhar - were witness to an amusing hysteria among many faithful Hindus in Bharat prophesying that a rare constellation of planets was all set to decimate this world, in the Mahaa Pralaya predicted in the scriptures of Jyotish Vidya!

Kaalchakra - Wheel of Time - has indeed been a serious subject for the Indian thinkers ‘who evolved, not a linear, but a cyclic theory of time made up of yugas, manvantras, and Kalpas. They were convinced that the universe is without beginning and without end - going on recurrent phases of manifestation and dissolution. According to Vishnu Purana, each yuga-Krita, Treta, Dvaapra and Kali represents a progressive decline in virtue morality, happiness and longevity…The four Yugas constitute the Mahaayuga of 4,320,000 earthly years. Further, one thousand Mahaayugas or 4,320,000,000 earthly years make a Kalpa, a day of Brahma! At the close of this day of Brahma, a collapse of the universe takes place…’At the end of (Brahama’s) night, he awakes and creates anew’!

The most fascinatingly instructive interpreter of time during the times of my generation-ranked already in the line of Newton, Einstein and Carl Sagan in the modern epoch- has been the uniquely gifted genius Stephen Hawking, born on January, 1942. The mathematician-Physicist Prof. Hawking’s, ‘A Brief (made Briefer in 2005) History of Time’ has rightfully been acclaimed as one of the most popular books of our time- particularly for ‘non-scientists’ seriously interested in scientific thinking about cosmology . Speaking-using the specially designed speech generating devices- about life of intelligent creatures on other planets, he says,” To my mathematical mind, the numbers alone make thinking about aliens rational. The real challenge is to work out what aliens might actually be like… I think human race has no future if it does not go into space”

Apart from the ‘fear and fun’ dimension of the Maya calendar which is now behind us, like the 2K terror, another aspect of similar nature about the newly born year pertains to the ‘unlucky’ number 13. The eagerly awaited prestigious annual number of The Economist, ’The World in 2013’ warns against ‘globalization of superstition’. In one if the lead articles, John Grimond explains that while,” Twenty-thirteen: for most people, another year…nothing special... the United Nations says it will be the International Year of Water Co-operation and also the International Year of Quinoa (a plant with edible seeds)” To cater to the hunger of the numerologists, Grimond dishes out that 2013 will be the first year since 1987 to have all digits different from one another.

John Grimond further points out that 20 and 13 add up to 33which numerologists– crackpots too-consider a “highly charged master number”, full of meaning. He, however, concedes that for triskaidekaphobiacs- meaning, those afraid of 13-‘the prospect of 2013 is not so much interesting as terrifying.’ Referring to the roots of the fear of 13 in the Christian and Persian historic traditions, the article also points out that ancient Egyptians, Greeks and modern Jews had myths that 13 brings good luck. It is quite clear that both the traditions share complete absence of reason behind their convictions.

While musing over the mysteries of the history of measuring the ‘immeasurable’ Time, I am transported to my years in Iran. In 1976, the Iranians awoke one morning to be in the new ‘Gahshumar-ye-Irani’ i.e. the Iranian Calendar System suddenly proclaimed Shahanshahi- Imperial’ replacing suddenly the centuries old Islamic 1355 to 2535, marking the birth of ancient emperor Cyrus as the first day instead of the migration of prophet Mohammad from Mecca to Medina. And within less 1000 days of the change of Calendar, the Shahanshahi Iran had been swept into dustbin of history by the Islamic Revolution of unprecedented global implications. I vividly remember my stroll two decades later in the balcony of a much meager bungalow in the Contadora Island in Panama-His imperial Majesty Aryamehr Mohammad Reza Pahlavi was destined to spend there a few of his last months of life –perhaps, conversing with the waves of the Pacific Ocean! The dethroned and hotly hounded by determined enemies, the once Mighty Monarch might have been wondering over the tyranny of Time-and also over tens of thousands of tyrannical deeds of the SAVAK, his dreaded secret police.

It is much gratifying to know that India has been spared any serious controversies of the Calendar kind. The calendar Reform Committee presided over by the noted astro-physicist Meghnad saha attempted to reconcile traditional practices of various ‘desi’ calendars with modern astronomical concepts. A solar month was defined as the interval required for the Sun’s apparent longitude to increase by 30 degree, corresponding to the passage of the Sun through a Zodiacal sign (rashi).The officially introduced at Chaitra 1, 1879 Saka Era on March 22, 1957 calendar has remained confined, in practice, to be legally indicated in the official documents of the Government of India. In the preface to the report of the Calendar Reforms Committee, PM Jawaharlal Nehru had said, “ Now that we have attained independence , it is only desirable that there should be a certain uniformity in the calendar for our civic, social and other purposes and this should be done in a scientific approach to this subject.” The periodic reports in media point out that Sikhism, India’s most dynamic faith, is still to put a final seal on its calendar related issues involving dates of various festivities.

Reckoning and reconciling my own calendar issues, I may interestingly state that my date of birth is only an approximate entry by a very wise school teacher. I do remember the first ever news I had listened to on Akash Vaani. It was over a ham radio set in my village contrived by a wireless technician on vacation from army that I could listen amid disturbing noise, "Ceylon ke Pradhan Mantri Senanayke ki ghorhe se gir kar mrityu ho gayee hai…” The google search has now confirmed PM Stephen Senanayke had “suffered a stroke and fell down whilst riding the police mare ’Chitra’…on the morning of 22 March 1952…” I also vividly recall the excitement and a deep sense of accomplishment when as a student of eighth grade, in October 1956, I was selected to speak on 'All India Radio' school broadcast programme. On the children Day function in School on 14th November, I was awarded Rs. 7 and Annas eight paid by the AIR for my two and half minutes speech - Rs. 3 per minute appeared indeed a kingly-mind-boggling-sum! Time, I must be telling myself, is indeed money!!

While meditating over Time - past, present and future - many, many poetic expressions criss-cross my mind: Time as the invisible but ultimate arbiter of human destiny and Time as a unit of every breath and each beat of the pulse! Time - the eternal traveler; time, the ever present; ever the same; and also never the same!! Cheer, a very happy New Year!!!

The screw must generate - sports bras for nursing moms and exceed - this strain before may possibly} transfer again. This backpressure is generated by rotating the screw against the restriction of the plastics materials, which is contained within the barrel, or cylinder. The primary focus of this text, backpressure is created through the return motion of the screw after injecting materials. It is a controllable process parameter that's often mistakenly missed. Gates have to freeze sufficient to isolate the half from the feed system. Having gates that are be} too massive may take excessive time to chill.