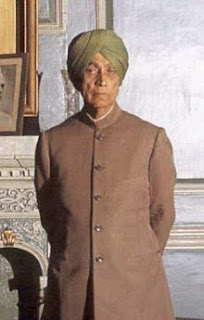 For many years, I had a mysteriously eerie feeling of journeying into ‘darkness’ when travelling towards Malerkotla and going towards ‘light’ when heading towards Ludhiana! It is now more a disturbingly depressing sense in undertaking journey in both directions - signs of slipping towards senility, sagacity or mere nostalgic non-sense … other should know better!!
Posted by Bal Anand at 4:04 PM

Bal Anand: I belong to MALERKOTLA, studied & topped in Govt. High School in 1957. I need your E-mail. It was very interesting to read about your schooling.
HS Virk

Dear Bal Anand, You have so much to share and I have found your articles interesting.

History interests me and talking of the then Punjab, I served in a place called Alhilal, near Palampur in now HP. A palace exists there and the ruler went to Pakistan.Just intrigues me as much as the century old temples ... there must be a tale! Alas the toll of partition in some ways continues.

I presume a book is in the making. Regards Pradeep