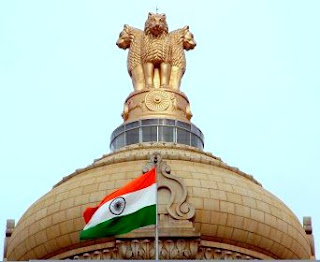 The announcement on the 30th of June that Smt. Nirupama (Menon) Rao, the topper of 1973 Batch of IFS, will be the next Foreign Secretary has been receiving a wider media coverage in the context of 'Women on Top' in India in the 1st decade of 21st century. Interestingly, Smt. Meira Kumar who had emerged earlier during the month a surprise but a competent choice to be the first woman Speaker of Lok Sabha also belonged to the same batch of IFS. It is also worth recall that Sh. Mohammad Hamid Ansari who, as Vice President of the Republic, is the Chair Person of Rajya Sabha had a distinguished career joining the IFS in 1961. It is indeed a rare credit to the IFS that, perhaps, for the first time in the history of the service Washington, London, Moscow, Paris Canada, Bonn, Brussels are all currently headed by the serving IFS officers.

The winds blowing from Raisina Heights towards India Gate whisper that the former Speaker Somnath Chatterjee will succeed High Commissioner Shiv Shankar Mukherjee in London ('71 IFS) who is due to retire next month. Born on 1st Aug 1949, Shiv Mukherjee,the topper in the IAS, has the distinction of being the youngest ever to join the service - a candidate has to be at least 21 years on 1st of August in the year in which he appears in the IAS Etc. Examination!

Smt. Nirupama Rao, the 17th Foreign Secretary - the second to be a woman - from the regular IFS Examination, will serve till December 2010. The posts of Cabinet/Home/Defence Secretaries have been given, a couple of years back, a fixed minimum tenure of two years. The Ministry of External Affairs has been luckier, after short spells of just thirteen, seventeen and eight months respectively by the three consecutive Foreign Secretaries, to have Shri Shyam Sharan and Shri Shiv Shankar Menon - the two most decent individuals & outstanding diplomats of proven professionalism - at the helm of affairs with clear tenures of two year plus period. The IFS fraternity hopes and prays that Nirupama will be able to provide an understanding and inspirational leadership to her colleagues during the challenging times which also offer a range of opportunities for India as a significant player in the recession ridden international arena and a troubled neighbourhood.

The prologue of the two tributary paragraphs brings us,ironically, to an intriguing and seemingly baffling situation concerning the IFS. It came out in the open with a report in the Hindustan Times on 23rd of June. The report quoted Sh. Ajai Chaudhary, the Dean of the Foreign Service Institute, that out of the 19 IFS probationers of 2008 batch, six had made the cut at the civil service exams with Hindi as their first language and having answered their papers in Hindi. The Dean added that, for the first time, arrangements were being made to teach English to those probationers who were weak in English. The report has ignited a lively and fiery debate among the past and present IFS colleagues about several overall aspects of the IFS, foremost being the steep sliding down of the service among the preference of the candidates in the higher bracket of merit list. In 2008 batch, out of the first 20, only two - ranked 16 & 17 - have opted for IFS; only 7 have opted between 18 to 138 ranks. The ranks for the OBC (4), SC (4) & ST (1) have ranged between 139 to 511. To add insult to the injured pride of the IFS, a couple of candidates are understood to have represented to the UPSC that they should be permitted to reappear in the civil services examination to 'improve upon' their allotted service i.e. IFS! Some thoughtful seniors are convinced that time has indeed come that a separate examination should be conducted by the UPSC for the IFS like the other specialised services

All this brings back the memories of my batch of 1971 - numbers 1, 2, 4, 6, 7, 10, 12, 13 out of a list of 84 had opted for IFS. The folklore of IFS being considered 'superior & sought after' include two cases of those who qualified for IAS in '66 but did not join and competed successfully again to join IFS next year. The celebrated case is that of Hon. Minister Kapil Sibal who twice qualified for IAS but but did not join because his heart was set on IFS. The IAS as the inheritor of the ICS & IFS having a partial functional linkage with the political/external wings of the ICS had their initial grooming respectively under the indomitable Sardar Patel & a more enduring role of Jawaharlal Nehru. The evolution of the entire culture of functioning of the institutions bureaucratic structures of the nation has witnessed over the years stresses and strains born of a continuous decline in values of political morality and accountability. The IFS has been viewed comparatively lesser exposed to certain types of undesirable pressures .The other services are understood to offer to those interested a net work of opportunities for, what could be euphemistically called, 'to feather ones own nest'. More on this complex & larger issue later.

Let me return to my own story of the IFS. I received a letter dated 7th May '71 from Under Secretary B. Narasimhan, Department of Personnel, Cabinet Secretariat stating that, 'on the results of the Combined Competitive Examination held in 1970, you have been recommended by the UPSC for appointment to the IAS/IFS ... you are requested to inform this Department immediately ... whether you would accept an offer of appointment..'. I immediately sent my letter of acceptance, Registered A.D. and anxiously awaited the next next communication of the GOI. Came the last week of June ... a friend in the neighbouring town who had qualified for the IAS told me that he had received a letter to join at the National Academy of Administration in Mussourie on 10th of July; he innocently added, "may be you are to be posted abroad and it would take some more time!".

In the first week of July, I decided to visit Delhi to make a personal enquiry. I was told that the 'Police Clearance' from all places where I had stayed for the last five years was still to be received. I recalled that a Police Sub Inspector had visited my father some days back to congratulate him and was offered Laddoos. I could speak on phone to my IAS friend who had been transferred from Bathinda to the Home Department in Chandigarh. He assured me that he would have clearances sent for my stay in Jalandhar and Bathinda. All sorts of thoughts crossed my mind...started thinking that I used to be friendly with comrades of Nawan Zamana in Jalandhar & Naxalite Prof Harbhajan Singh in Bathinda. I had also once given five Rupees donation to Comrade Harnam Singh 'Chamak', a popular elderly Communist leader of my area. I had told him that I have become a Lecturer in Govt College Bathinda and he, taking me in his affectionate embrace, had said, "Barhi Khushi hai; Pher tan Party di vi kujh chande naal madat karo ... [I am so happy; then you must help the Party with some donation ...]". The 'CID' was certainly the first abbreviation learnt by my generation of school children!

On 9th July 1971, I could speak again, with the help of my school friend who was engineer in the Telephone Department at Ludhiana, to Under Secretary B. Narsimhan. He said that all the Police Clearances have been received and that I should talk to Sh. Sethi, Under Secretary (FSP), in Ministry of External Affairs. Sh. Sethi told me that I should immediately depart to join the Foundation Course in the National Academy of Administration, Mussourie. The next morning, I submitted an application to the Principal, Goverment College, Karamsar to relieve me to join the duties in Mussourie as per the telephonic advice. Principal RG Bajpai,a proud product of early forties of Allahabad University remarked that I should have got myself relieved much earlier .He wished me good luck saying,'You would do well in your job..., but would be very, very cautious in your work'. The same evening I had to rush to board a train at Ludhiana for Hardwar ,on way to Mussourie via Dehradun. My father came to see me off at Ludhiana & a school teacher friend accompanied me upto Hardwar.I was feeling overwhemed with complex & contrasting emotions ... on way to a whole new world, strange and exciting but also full of anxieties of the unknown ... to be reflected upon in the next column.
Posted by Bal Anand at 9:08 PM

thanks for sending me the link I enjoyed reading it. Must say that till now I think there is no service like foreign service. Look forward to reading more of your posts.
jssapra

Interesting reading. thanks for sending it to me.

A highly readable and interestingly presented account. Looking forward to more of it !

An interesting and insightful article about the IFS. However, I must add that the candidates "not" opting for IFS is a clear reflection of the poor service conditions as compared to the peer services like IAS or even IRS. While the IFS officers have to struggle for their livelihood issues, the IAS/IRS officers have every little thing taken care of by the huge support staff and they can concentrate on their job. Moreover, they have at their disposal huge manpower and financial resources, which offers them enough motivation and support to take initiatives amd get instant recognition.