The wife of the Ambassador of India to Armenia, Mrs. Aradhana Anand, replies to the questions of our magazine. 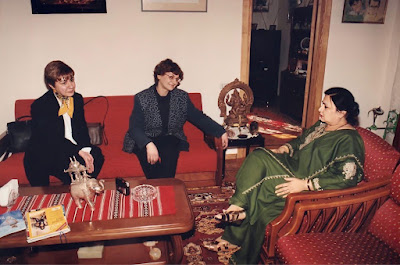 Mrs. Anand, it has been only six months that you are in Armenia, and your first impressions about our country must be still fresh - Which feeling was the most dominant one? Were you psychologically prepared for coming here and what did you know about our country? 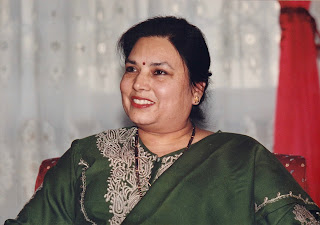 My husband and myself arrived in Yerevan in the early hours of Saturday, 9th of October, last year. On way to Armenia, we had commenced our journey from New Delhi on the 7th October in the late evening and after the one night stay in Bombay, now called Mumbai, we arrived in Dubai. The connecting Armenian Airways flight was delayed by several hours. The airport of Dubai is a shoppers' paradise and we could spend our time making a few purchases and 'window shopping' but still it became a tiresome long wait to catch the flight for Yerevan. To be honest we were disappointed with the quality of the passengers' service in the plane. Though the boarding passes indicated the seat numbers, there was a lot of confusion and commotion because of "free seating". Many passengers were carrying heavy pieces of baggage making things further uncomfortable. Frankly, we were not in any way discouraged about Armenia - our long experience of many countries has convinced us that a country should not be judged by the service of its airlines - sometimes the difficulties encountered in the skies of a country are compensated by the comforts on the land with the kindness of its people! We received an affectionate welcome from the Protocol of the Government of Armenia and everything seemed all right with us. The diplomats are 'duty-bound' not to be disappointed about any place or people.

India and Armenia have indeed an ancient goodwill for each other. My husband and myself have certainly arrived in Armenia full of expectations to further strengthen the bonds of friendship and cooperation between our two countries. We had read and heard a lot about the historical relationship between India and Armenia and my husband had met the Armenian Ambassador in London, Mr. Armen Sarkyssian, former Prime Minister of the country.

How do you feel now when you mast have found answers to many questions, where have you already been, what has become a part of you? 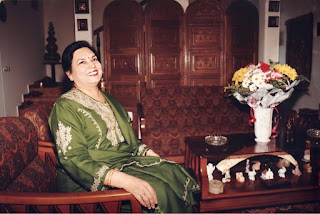 We have not been able to travel to many places so far. We, however, drove to Lake Sevan and further to the areas of Dilijan. Despite the wind and cold, the grandeur and the beauty of the mountains was indeed overpowering. We have been to Garni and the monastery of Geghard. It was again a very interesting encounter with both History and Nature. We have visited Matenadaran, I really liked the books and the old manuscripts. We have been also to Sardarapat, Saryan House-museum. We have planned to travel a lot more in Armenia, to see places and meet people. Well, anyone living in Yerevan must make Ararat a part of one's spirit and thought process.

Whom are you making friends with, with the wives of other Ambassadors or the local Armenian women?

The wives of Ambassadors were the first but I have also Armenian friends. My husband and I have been able to make a lot of friends during our few months stay in Armenia. We planned to organize more cultural and social activities and the process would certainly help us in knowing more of Armenian artists, journalists, writers, academicians etc. The International Woman Association has been active in bringing together the ladies from Armenia and the international community. As for myself, I would like to know Armenian women more closely, to understand their customs, national values, etc. 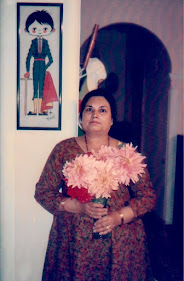 What similarities do you find between Indian and Armenian women?

It is said that the women of different countries of the world understand each other much better than the men-folk. The subjects of the responsibilities of the family; the national traditions of food; costumes and other matters of daily life are very different. Armenia and India are ancient counties and they have traditional societies but their people are ready to welcome various positive aspects of modern life also. The most striking similarity between India and Armenia is the importance given to the family values. Both Indians and Armenians love their parents and children; they live in extended families with their grandfathers - grandmothers. You will appreciate that both in India which is such a vast country and in Armenia, tradition and modernity are coexistent. I would like to mention another important factor particular to both our countries, i.e. the rate of divorce, which is very low.

You may have had an opportunity to feel that Mrs. Indira Gandhi is very much loved also by Armenians. One can meet a lot of Armenian women who look very much like her, however as a personality she is inimitable. What about India? Are there any new names of women in the political lde of India?

Mrs. Indira Gandhi certainly became a powerful symbol of the political leadership as well as human qualities in the modern times. We are indeed touched by the loving memories, which Armenian people have of her visit here in June l976. I wish Armenian also elect women to high political positions. The women are in the forefront in all walks of life in India, thanks to the background of the freedom struggle in which women had actively participated. I am glad to mention that the girls are beating the boys in obtaining most of the top positions in higher education in India. We have women who have climbed the Everest; we have women fighter pilots, senior police officers and, of course legendary artists. The women have been provided special representations in the elected bodies at the village and the city level. The parliament is in the process of adopting a new bill which will make the one third seats of the parliament reserved for women. I may mention that the President of the International Parliamentary Union is an eminent Indian Mrs. Najma Heptullah, a lady born in a traditional Muslim family whom I had the occasion to meet during her visits to Saudi Arabia. We have also many women politicians including Sonia Gandhi.

The world has been recently exposed to the beautiful Indian girls. In 1994 and 1995, two Indian girls Sushmita Sen and Aishwarya Rai won Miss Universe/Miss World crowns. The Indian women are on the march although the path still remains long and difficult.

Mrs. Anand, to which extent are the women's rights protected? Is it relevant to treat the problems of women separately form the general problems?

The Constitution of India, adopted exactly 50 years ago in 1950, on 26th of January, three years after the Independence, conferred all the rights on the women of India. In practice, there are many problems and disadvantages a girl-child has to cope with in India. Generally, the women have more problems, since they work both at home and outside. However in the field of education, many achievements have been made. The southern state of Kerala is a shining example of the progress of the woman. The women are almost at par with men in every field in this state, which has achieved 100 percent literacy. All the political parties in India are committed to implement special policies to improve the conditions of women.

April 7 is officially celebrated in Armenia as the Women's Day. This day they praise the women, congratulate them and wish them good luck. We would like to congratulate you, wish you all the best there is in the world, woman's real happiness, new perspectives and pleasant surprises. 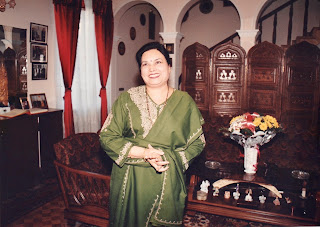 Thank you. It is interesting to point out that according to the Indian philosophy, concept of Godhood should be viewed as Ardh-Nari Ishwara, i.e. half-woman- half-man God. The Indian approach does not visualize conflict between man and woman; the salvation and happiness of man and woman are mutually dependent. In the context of the new millennium, I would like to see more and more women in the position of higher decision-making. The women are still persecuted in many parts of the world in the name of tradition, religion and culture. The woman has been entrusted by Nature, the task of carrying forward the very existence of life. She should not be rated weak and inferior by the selfish and arrogant among the males. Men have waged so many wars and conflicts in the world: let women come forward to wage peace and understanding among all the peoples of this planet. 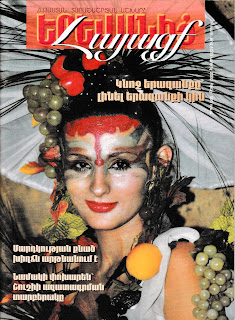