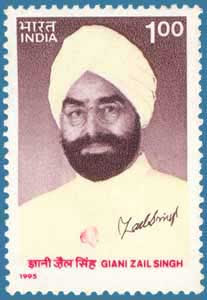 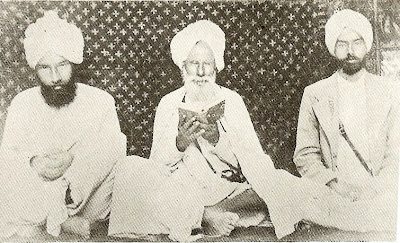 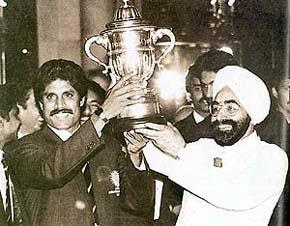 The admirers of Giani Ji ruefully remember how his caste conscious opponents in his home state of Punjab derisively called him ‘Gulli Gharh’ - the wood worker. Punjab has been waiting since long the change in the caste of the chair of Chief Minister. The quintessential son of the soil and ever a hard realist and nationalist to the core, Giani Ji wisely chose to be cremated in Delhi, in the vicinity of memorials of the Father of the Nation and the First Family of the country. How the nation will plan to remember him in 2016 - the year of the centenary of his birth - will is quite instructive to watch.
Posted by Bal Anand at 5:39 AM

A very brief but excellently narrated piece of information on Giani Zail Singh, valiant son of Punjab and a mass leader. I vividly remember two occasions when I was impressed by his knowledge and oratory skills – firstly during elections in 1980 and second time his address to the nation when gruesome operation Blue Star happened.

This is well written piece on Giani ji. Regrettably Gianiji was the object of so many silly jokes.He had an earthy sense of humour for sure. The one thing that stood out was that he always immacuately dressed.

Shri Bal Anand desreves thanks for the personal note while recording his impressions.